Not to be confused with Valentine Doe

Valentine Sally was a female discovered murdered in 1982 west of Williams, Arizona. Her cause of death was believed to be asphyxia, although it was never conclusively determined.[1]

A Northern Arizona University student said that he picked up a hitchhiker fitting Valentine Sally's description near Cordes Junction on February 2 while traveling north. She told the driver that she was coming from Phoenix, where she was living with friends and working as a dishwasher. Because of some family problems, she had to get to New Jersey, and was planning to go to the Little America truck stop when she got to Flagstaff to try and get a ride from a truck driver to the East Coast. It is possible she went to a dentist in the Phoenix area before February 2, 1982.

She is believed to have seen alive at the Monte Carlo Truck Stop in Ashfork, Arizona during the early morning hours of February 3, 1982. The girl was seen with an older male, possibly her father or uncle. The man expressed concern over the girl's teeth.

Patty Wilkins, a waitress and part owner of the truck stop, described a teenage girl asking for aspirin due to a toothache, declining the offer of food. The girl had a root canal or had been prepared for one. Wilkins believed the girl was 16 or 17 years old.

Wilkins claimed that normally if a young girl came into the truck stop and appeared to be a runaway, she would call the sheriff's office. She believed this particular girl was with a male relative.

The pair entered the truck stop at approximately 3:00 AM and left an hour later. [2]

There are witnesses that put Valentine Sally with a man (possibly two men) at the Monte Carlo truck stop in Ash Fork, Arizona during the early morning hours of February 3, 1982. One of her companions is described as a white male, 60 to 65 years of age, 5’8" to 5’10" tall, medium weight, wearing a two-tone, brown, checked leather vest and a felt cowboy hat adorned with a large peacock feather on the front of the hat. It is possible that this man was Royal Russell Long considering he was a truck driver and he had no documented kidnappings during this time frame.

Her body was located by an Arizona Department of Public Safety officer near westbound Interstate 40 about 11 miles west of Williams on February 14.[3] The officer had been looking for a blown out tire from an automobile wreck or incident. This was also to the west of the Monte Carlo Truck Stop. She was found lying face down under a cedar tree about 25 feet from the interstate. It appeared that she had been dragged to the location by the belt loops of her jeans.

The stretch of Interstate where she was found was a long incline where trucks would frequently pull over and stop to cool their brakes. If her body was transported there in the cab of a semi, no one would have been suspicious of a truck driver being pulled over in the area.

By the time of her discovery, animals had eaten most or all of the flesh from her face, along with her right ear. A lower molar had been prepared for a root canal approximately one week before her death. Because of the activity of animals, along with decomposition, her fingerprints couldn't be taken although her DNA and dental charts were.

Valentine Sally was buried in a cemetery in Williams, Arizona.

Her DNA is in the CODIS system. To date, a relative has not submitted DNA in search of her.[4]

She was misidentified in 1984 as a Melody Cutlip, a Florida girl who ran away in 1980. Lieutenant Jack Judd of the Cococino County Sheriff's Office suspected that she may have been Cutlip after finding her missing person's report. In 1984, he contacted forensic odontologist Homer Campbell to see if he could match the two.

Campbell matched the bite marks of Valentine Sally to enlarged pictures of Cutlip's teeth. His methods were unorthodox, never scientifically proven to be reliable and outside accepted dental identification practices. He would use these methods to make at least one more false identification in the future.[5]

Cutlip's mother declined an offer to have the body sent to Florida for burial, as she did not believe it was Melody. Patty Wilkins, a witness who likely saw Valentine Sally at a truckstop, paid to give her a proper burial. Her headstone was engraved Melody Cutlip, with Sally Valentine underneath.[6]

Cutlip returned home in 1986. She died in a car accident in Louisiana in 1998. Valentine Sally's tombstone still bears Cutlip's name, despite the requests from the family to remove it. 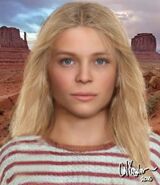 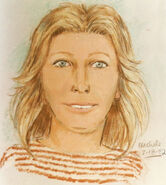 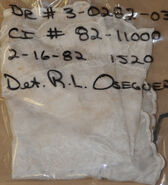 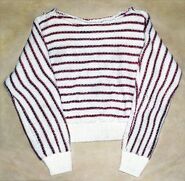 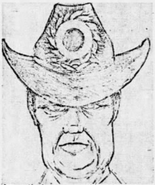 Artist's concept of the man Valentine Sally was last seen with

Retrieved from "https://unidentified.wikia.org/wiki/Valentine_Sally?oldid=95827"
Community content is available under CC-BY-SA unless otherwise noted.