Walker County Jane Doe was a teenager or young adult found murdered in Huntsville, Texas on November 1, 1980. She is believed to have been seen alive hours before her body was found, requesting directions to a local prison.

Some claimed to have seen the victim, who claimed she was a runaway from Aransas Pass or Rockport, Texas. The victim said she wanted to go to the Ellis Prison Farm to see a "friend." All three witnesses who saw the victim have died.

She was seen by the manager of the South End Gulf Station and two employees of the Hitch 'n Post truck stop. One of the waitresses at the latter establishment questioned the girl's age and if her parents knew where she was. The victim replied, claiming she was 19, followed by "who cares?"

On the morning of November 1, 1980, a trucker called the police to report the finding of a nude body along Interstate 45. The victim wore only a necklace; red sandals were discarded nearby.

The victim had been beaten severely and strangled with pantyhose, which were lodged in her vaginal cavity. She had been sexually assaulted in both lower-body cavities with a blunt object; it is unknown if she was conventionally raped, as no biological evidence was recovered. A deep bite mark was located on one of her shoulders.

After her autopsy, it was determined she was likely from a middle-class household, as she was not malnourished and had excellent dental health. The examination failed to conclusively prove whether she received orthodontic care, but her teeth were "perfectly" aligned.

Early in the investigation, Henry Lee Lucas was considered a possible suspect in the Walker County case. However, bite marks on the victim's back could not be matched to Lucas. One investigator suggested she may have been murdered by a woman.

After news reports about the murder were released, witnesses from the gas station and truck stop came forward. They identified the decedent as a girl asking for directions to the Ellis Prison Unit. No inmates or staff at the prison could identify the victim. To the best of their recollection, she had been let out of a 1973 or 1974 blue Chevrolet with a lighter colored top, possibly a Caprice, which was being driven by a white male. She was notably seemed to be disheveled like she had been traveling and perhaps sleeping in her clothes. She left the station, walking north on Sam Houston Avenue.

In January 1981, her remains were buried after the investigation stalled. In 1999, the body was exhumed for DNA information and to obtain a clearer estimation of the victim's age.

In late 2015, a 1980 photograph of a possible runaway from Corpus Christi surfaced that resembled the victim. Her name may have been Cathleen/Kathleen, Kathy/Cathy, or Katy, and she stated she was traveling to a different prison in Texas.

The sandals found at the scene were later tested for traces of DNA. The results have yet to be released.

There were previous speculations the victim was a 17-year old girl who was living at a Galveston youth shelter, known as "Kitty." Photographs and footage featured in the 1980 documentary Runaways were noted to bear a resemblance to the Jane Doe. "Kitty" was later identified and located alive. [1]

She may have been killed by the same man as Debra Jackson, previously known as "Orange Socks," who was found around the same day a year before. Both were strangled, sexually assaulted, and left nude by a highway, except for footwear. Henry Lee Lucas confessed to killing Jackson but later recanted; he was working in Florida the day Jackson was murdered. He confessed to thousands of murders in the country that he did not commit, resulting in coercion by detectives or for fame.

Another theory indicates the victim could be one of four other victims. The list included Harris County Jane Doe (October 1980) and Harris County Jane Doe (December 10, 1980), left along Interstate 45. Each victim was strangled and some were victims of sexual assault. A third potential victim's body has since been identified. The existence of the so-called "I-45 Killer" has never been proven. 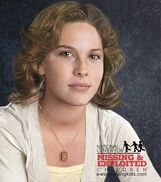 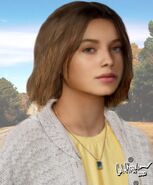 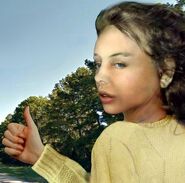 Retrieved from "https://unidentified.wikia.org/wiki/Walker_County_Jane_Doe?oldid=147402"
Community content is available under CC-BY-SA unless otherwise noted.