Wanda Ann Herr (1957 - c. 1976) was a young woman who disappeared from Oregon in 1976. In October 2020, it was announced Herr was later identified as a female whose cranium was discovered in Government Camp, Oregon a decade later. Although she was 19 when she went missing, the only available photographs depict her at age 12 and 7.

Details about Herr's life remain unclear. It is thought that she was last heard from while she was residing in a group home. She had not been officially reported missing until over forty years had passed, and while speculations exist that she may have run away multiple times before her final disappearance, nothing has been confirmed.

Her upper skull and some miscellaneous bones were discovered on August 2, 1986 near two roads off of Highway 26. Initially, authorities were unsure whether the remains belonged to a young woman or a man, until a re-examination almost twenty years later confirmed the bones were of a female between 17 and 30.

The postmortem interval for the remains was consistant with Herr's date of last contact, yet most sources reported the then-unidentified female had died during either 1985 or 1986. At first, artist Joyce Nagy created a clay rendering, which was later replaced by a forensic sketch.

Herr was reportedly identified through genetic genealogy research by the Parabon NanoLabs. A DNA phenotype report from the remains was also created, which provided estimations of her hair and eye colors, complextion, and freckle distribution, which matched Herr's description. 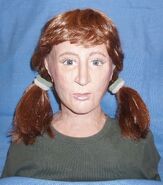 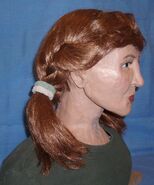 Profile
Add a photo to this gallery

Retrieved from "https://unidentified.wikia.org/wiki/Wanda_Herr?oldid=123820"
Community content is available under CC-BY-SA unless otherwise noted.